Bilbao was a dying city back in the 1970s.  Once prominent in steel production, shipping and banking, it became saddled in economic crisis. Population was dwindling as the young opted to find jobs elsewhere. A new plan was devised towards its journey of rebirth.  Old industrial complexes along the river Nervión were torn down and new projects to improve infrastructure and the overall growth of the city were started.

Bilbao now boasts having the Guggenheim Museum designed by architect Frank Gehry, a timeless Metro system designed by Sir Norman Foster, an airport from Spanish architect Santiago Calatrava and a community center (Alhondiga) designed by Philippe Starck. It has become an open museum for modern art juxtaposed with the Old Heritage backdrop.

In the square in front of the museum, stands an enormous sculpture of a dog made entirely from living flowers designed by the artist Jeff Koons. This sculpture was originally brought for the inauguration of the museum as a temporary exhibition. However, the Bilbainos liked it so much that it became a permanent sculpture in front of the Guggenheim. Today, “Puppy,” as it is affectionately called by the locals, is the mascot of the city and the Bilbainos will proudly tell you that the building behind the dog is just the house they built for their beloved pet. 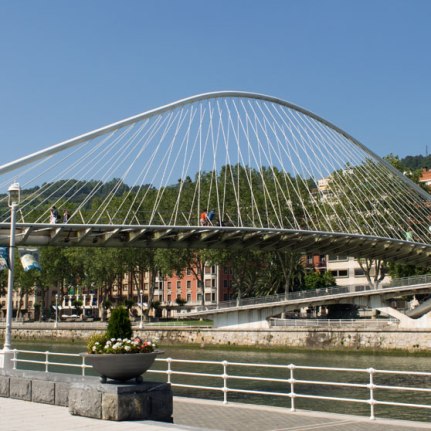 Inaugurated in 1997 and designed by the famous Spanish architect Santiago Calatrava, this modern bridge, together with the Guggenheim Museum, became the symbol of the “new” Bilbao. As its name indicates, the bridge is white (“zubi” means bridge and “zuri” white in Basque) and features a glass floor. It is characterized by its curvature, which together with the arch, creates a beautiful and interesting structure.

Today, Bilbao is sophisticated and humming with action; but at the same time is relatively stress-free. It is a successful mix of the new with the classic which all visitors will appreciate. 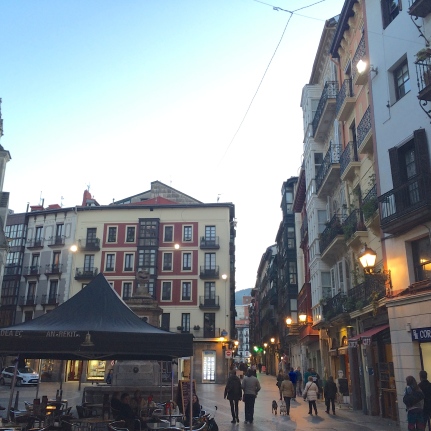 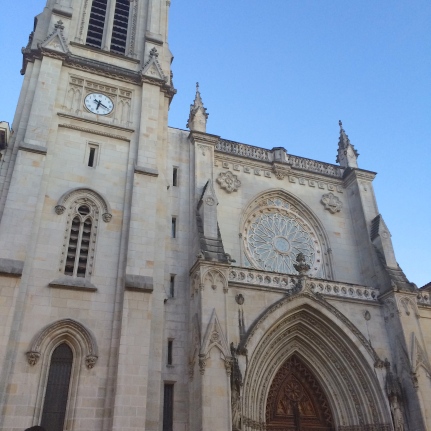 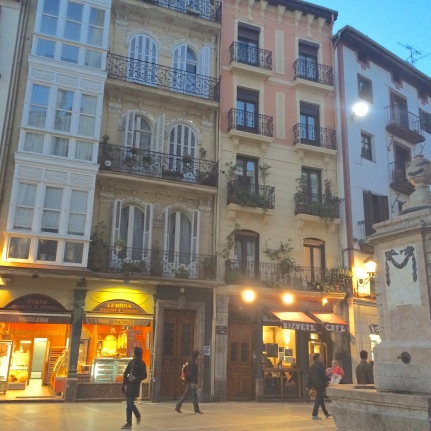 The Casco Viejo of Bilbao is also locally known as “las 7 calles” in Spanish, since these were the seven streets that formed the original medieval town. Today, it is still the heart of the city and probably its most colorful neighborhood. The beautiful narrow streets are mostly pedestrian-only and are packed to the brim with taverns offering tasty pintxos.

Next to the bridge linking the Casco Viejo with the Ensanche neighborhood, stands Bilbao’s oldest theater, Teatro Arriaga. It was named after the Basque composer Juan Crisóstomo Arriaga, known as the “Spanish Mozart,” who died at 19. On our way back, we enjoyed a brisk walk by the Nervion River.

Bilbao deserves more than a day to appreciate.  If I had a choice, I would have done the attached 36 hour self-tour of the city (NYTimes).  Apart from the Guggenheim and the Casco Viejo, there is so much more to experience in this revitalised setting.