Despite being spread across 14 islands, Stockholm’s 57 bridges mean it is well-connected and essentially compact.

Stockholm was indeed the best for last! Given our ship’s massive size, we had to dock 55km away from the city. That was a challenge for us to plan our day efficiently. Proud to say, we accomplished much. We sat through the whole HOHO bus tour, experienced Stockholm at its best – cruising down its canals, saw the Vasa up close, met my cousin for lunch at Gamla Stan and enjoyed our free time perusing through galleries, chic boutiques with a pit stop at Hamley’s and breeze through NK – their most luxurious department store 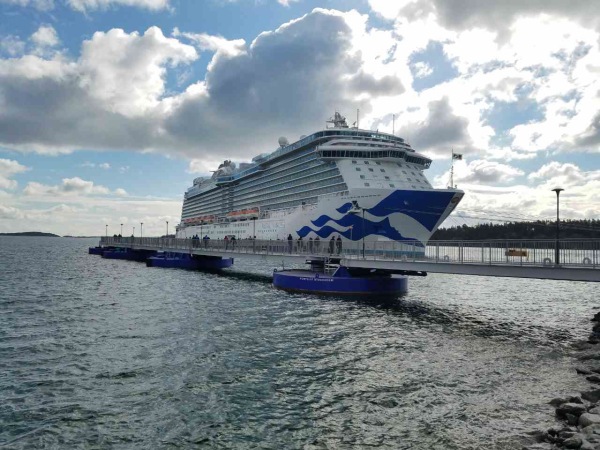 6AM Breakfast Views in Nynashamn.  It was going to be an amazing race of a day!

As our bus approaches the city.

It seemed like no one wanted to leave the bus. The weather was chilly then it started to snow.

Skeppsholmen. An old military training island that is now home to many of Stockholm’s fine museums – Moderna Museet, Museum of Far Eastern Antiquities and the Swedish Museum of Architecture.

Hotorget Market Place. A unique area with great shopping and the opportunity to barter with the local vendors.

Snow flakes as we crossed the Djurgarden Bridge.

Stopped by the Nordic Museum. It hosts a number of exhibitions on fashion and textiles, furniture and interiors, china and table settings, folk art, jewelry, photography, trends and traditions. There is also a separate exhibition about the only indigenous people in Sweden, the Sami.

We were set to take the train to the city.  Good thing there were HOHO buses waiting outside our terminal.   There was no need to switch buses as the sightseeing tour naturally proceeded once we arrived in Stockholm.  For a minimal fee, you can include a HOHO Boat tour as well. 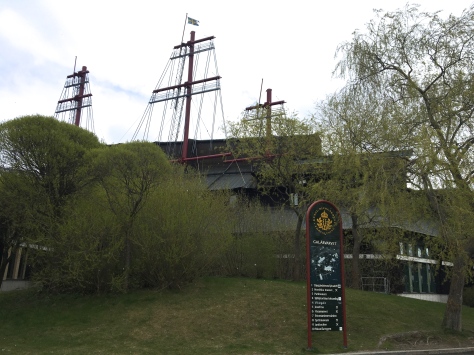 Brisk Walking to Vasa. We were freezing! Back aching cold!

The Vasa ship capsized and sank in Stockholm 1628. After 333 years on the sea bed the mighty warship was salvaged and the voyage could continue. Today Vasa is the world’s only preserved 17th century ship and the most visited museum in Scandinavia. 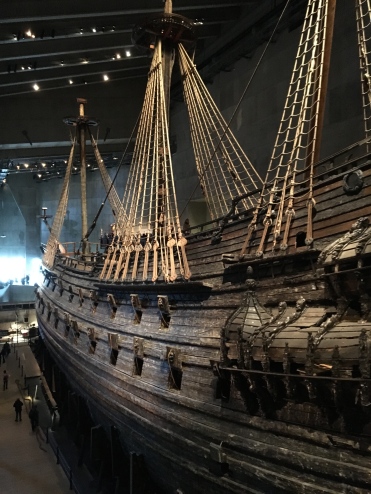 More than 95 percent of the ship is original, and it is decorated with hundreds of carved sculptures.

A highlight that day was visiting the Vasa Museum. The most visited museum in Scandinavia. The three masts on the roof outside the specially built complex shows the height of the ship’s original masts.

Apart from the Hoho Bus, we also got to venture via Hoho boats. As Stockholm is built across 14 islands with almost the entire city on the water, taking a boat trip is the perfect way to see the Swedish capital. 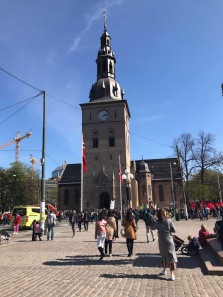 During the days of the Hanseatic League, Stockholm had close ties to Germany. This history is reflected in Tyska kyrkan, the German Church of St. Gertrude. The beautiful interior is the best example in Stockholm of a 17th century church. Tyska kyrkans pride and joy is the 350-year-old pulpit with carved alabaster figures of the apostles. Another treasure is the elaborately ornamented royal gallery.

Mårten Trotzigs alley is the narrowest alley in Gamla Stan, only 90 centimeters wide at its narrowest point. 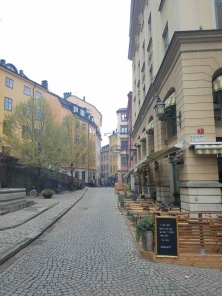 Happy we got to see my cousin. We celebrated his post birthday in Osterlanggatan 17. A cozy setting near Stortorget – Central Square.

Across a lovely fountain underneath a statue of St. George and the Dragon.

Stockholm Cathedral – The oldest Church in Gamla Stan. It features a number of historical paintings and sculptures and has become a favored venue for classical music recitals and art exhibitions. 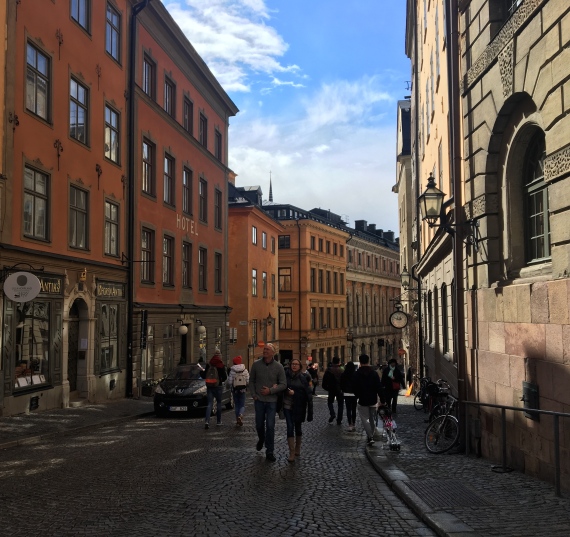 Kopmangatan – Merchant Street. It is probably the oldest street in Stockholm, mentioned as early as the fourteenth century. 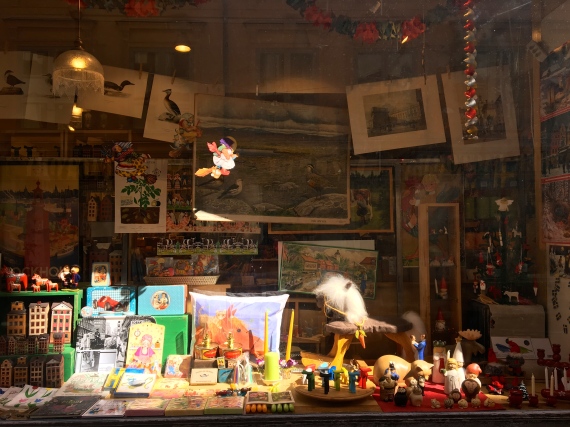 Perusing through Window Displays of Local Handicrafts and Art.

Got distracted with this array of souvenir stores.

Prästgatan – Priest Street is a picturesque street with beautiful houses in the Old Town. The street is mentioned as early as 1586. The name comes from this being where many priests from the Stockholm Cathedral and the German Church lived. 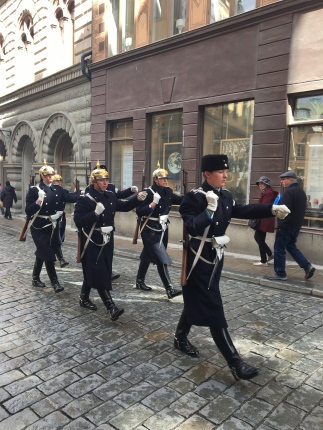 Caught the Parade of Soldiers 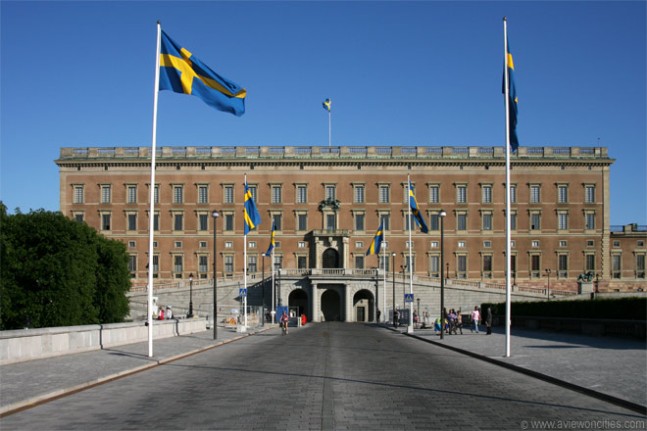 The largest of the attractions in the district is the Royal Palace, one of the largest palaces in the world with over 600 rooms. In addition to the reception rooms, there are several interesting museums in the Palace, including the Royal Armory, with royal costumes and armor.

Gamla Stan, the Old Town, is one of the largest and best preserved medieval city centers in Europe. This is where Stockholm was founded in 1252.

All of Gamla Stan and the adjacent island of Riddarholmen are like a living pedestrian-friendly museum full of sights, attractions, restaurants, cafés, bars and places to shop. 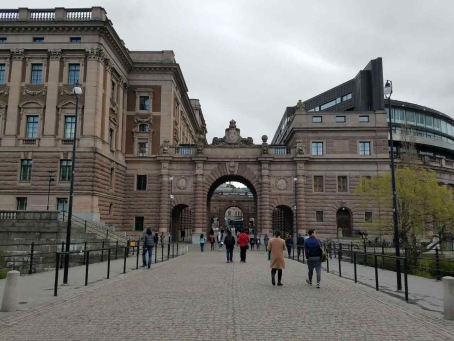 The best way to explore central Stockholm on foot is by walking down Queen Street. The street stretches from the city centre in the Norrmalm district all the way along to the district of Vasastaden. Considered one of the main bustling ‘high streets’ of the area, the road is lined with lots of stores, cafes and restaurants. The majority of the street is car-free, so you can take in the sights of central Stockholm without having to dodge traffic as you stroll.

Considered one of the main bustling ‘high streets’ of the area, the road is lined with lots of stores, cafes and restaurants.

Made our way to Kungstradgarden – Shopping District. One of Stockholm’s favorite areas.

Our meeting point – by the Royal Swedish Opera House. Sweden’s national stage for opera and ballet. 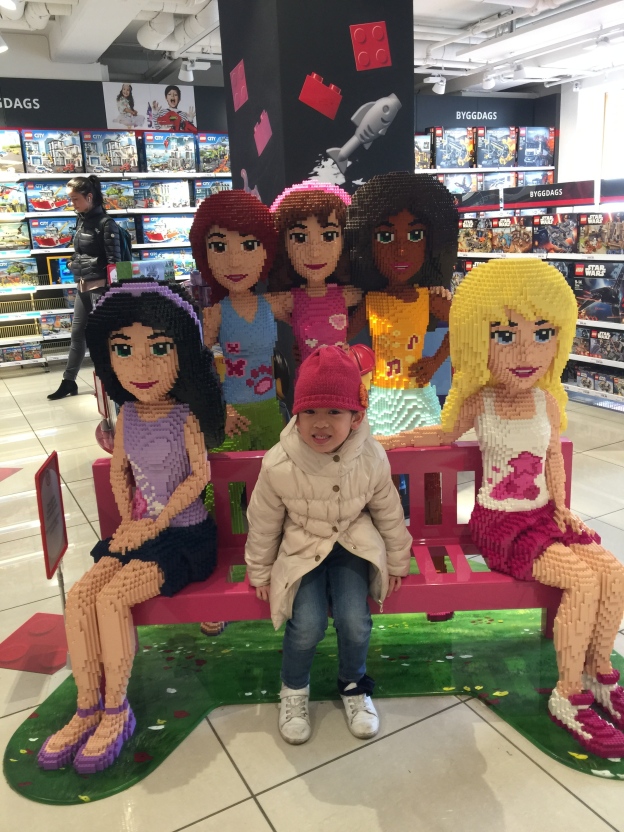 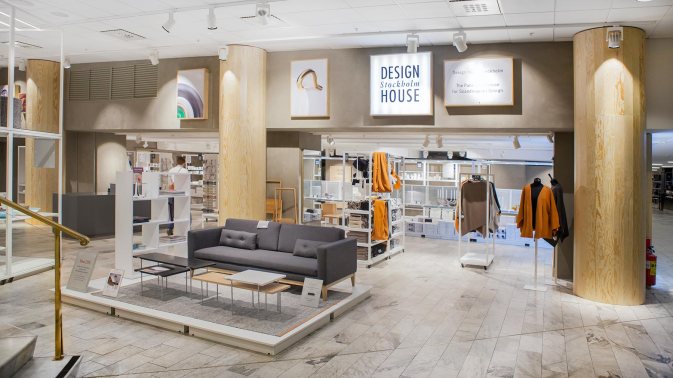 Quick Pit Stop at Hamley’s and a breeze through NK Department Store.  Beautiful display of items.  Wish we had more time for shopping.  NK Photos courtesy of Stockholm Tourist and Design Houses Stockholm.

It was sunny yet bitingly cold. To the point that it snowed to our delight. We ended the Day throwing snowballs (kids were bullying me) and doing Boomerang shots with Hall and Oats playing in the background at Deck 17. 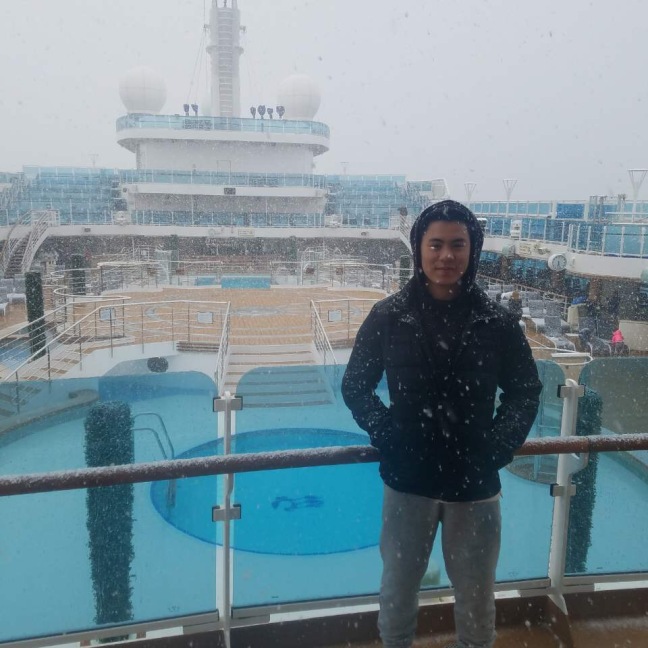 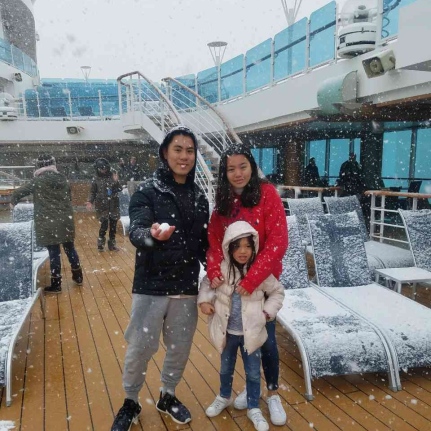