An open museum of restored Spanish-Filipino houses, Las Casas Filipinas de Acuzar showcases the best of Filipino heritage and culture.  It is a must-see for foreigners and “balikbayans”.

Casa New Manila is a new addition to the Acuzar Line up. Guests are lead to register here. We loved the open design of this house with ample cross ventilation. Breakfast can be enjoyed from the second floor with either views of the Palays fields or their version of Venice at the back.

The resort recently began operating its own Tramvia Service.  It was the Philippines’ early version of the railway system. Manila’s first trams were the horse-drawn buggies and one steam-operated tramvia. These were eventually replaced with electric street trams operated by the Manila Electric Railroad and Light Company or now known as Meralco. They could be seen plying the route of Escolta, Sta. Cruz, Quiapo, Binondo and other busy streets of Manila

The materials used in the reconstruction of Casa Mexico came from salvaged materials bought from a junk shop. 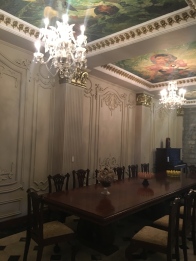 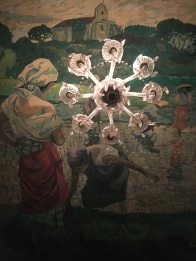 Casa Byzantine is a representation of how three storey structures proliferated in Binondo. It’s an example of what they call a “floral” bahay na bato – characterized by more elaborate yet delicate embellishments. A fusion of Renaissance, Baroque, Romanesque and Neo-Mudejar Styles, the house is an impressionist work of Art! The ceilings are adorned with intricate mosaic art featuring famous paintings by our grand masters. 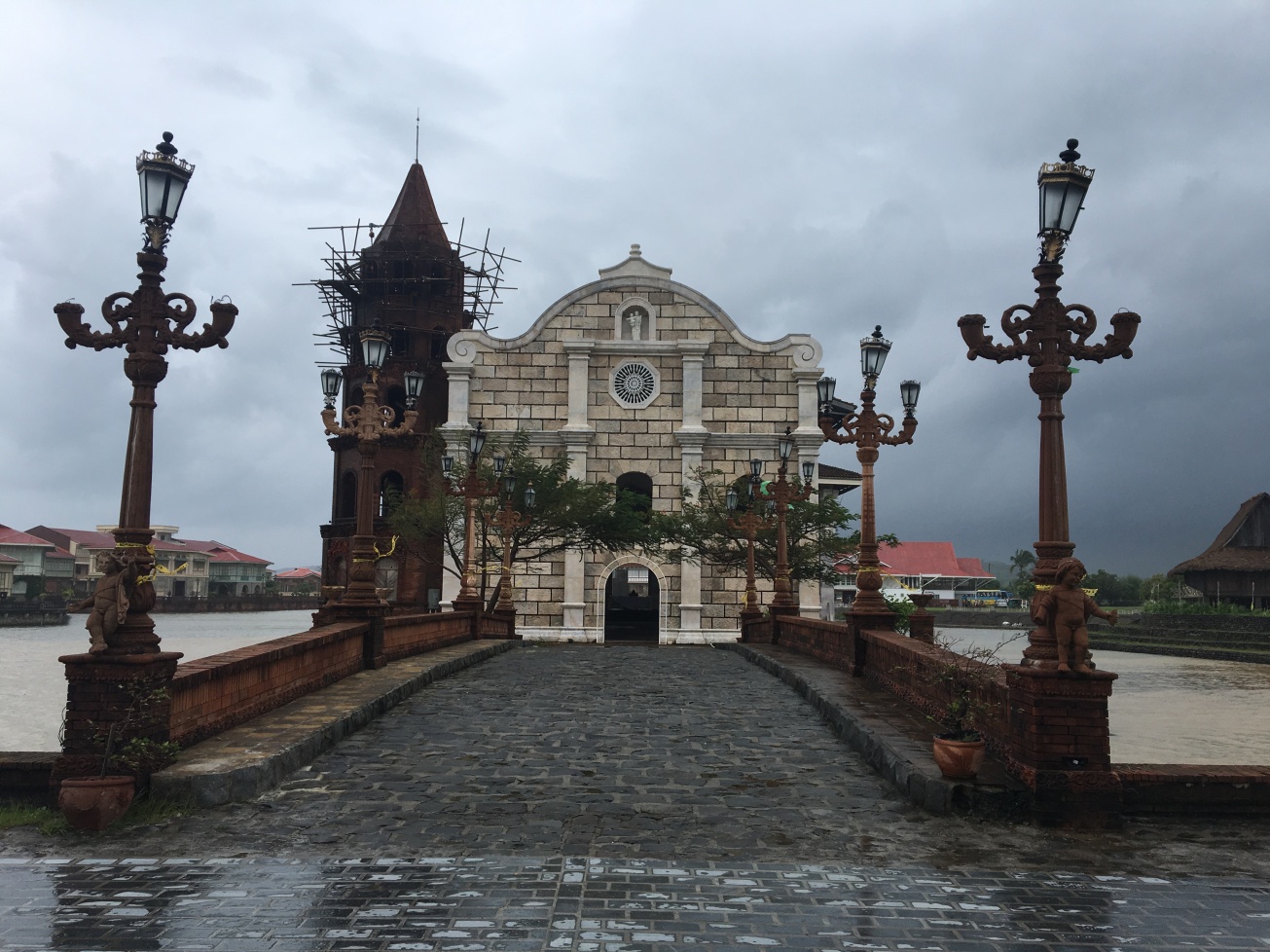 Sanctuaries De San Jose will definitely be a grand church for ideal weddings. 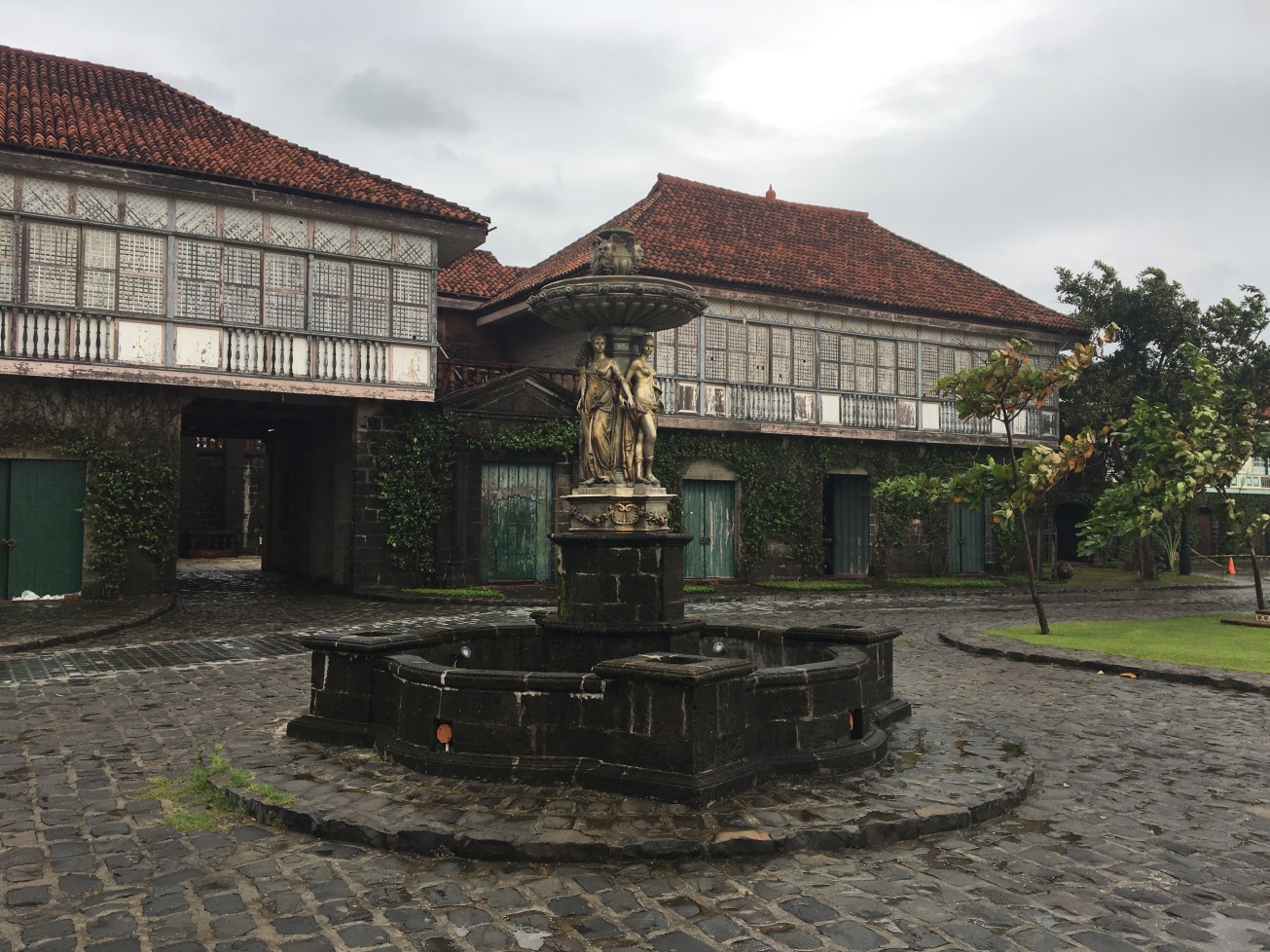 Casa Baliuag 1 and 2 were originally in Baliuag, Bulacan. The first once served as a Municipal Hall while the second, served as a function hall used by Iglesia ni Kristo members. 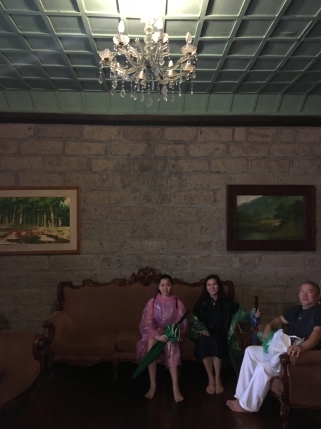 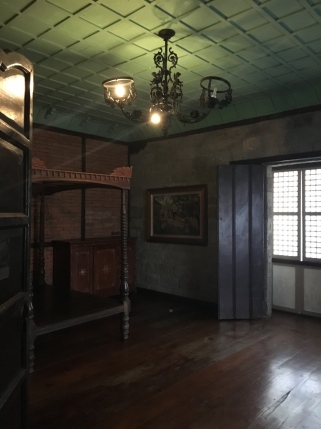 The highly disputed Casa Binan remains in Laguna pending resolution, but this replica aims to signify the building as close to its original form – that Gerardo Alberto – a relative of Rizal’s – wanted to donate to Acuzar. A play depicting the life of our Hero – Dr Jose Rizal elated the audience of Rizal’s great contributions! They sang and orated some excerpts from Noli and El Fili. As we reached the landing, Photos of Don Jose Alberto Alonzo, his wife Teodora Formosa and His sister, Teodora Alonzo greeted us. Don Lorenzo, the father of Don Jose Alberto Alonzo hears of his daughter in laws’, illicit affair with a guardia civil. Furious, he imprisoned Teodora Formosa in this room for 4 years.

As we entered Casa Quiapo. Originally located at the corner of Calle San Sebastian and Callejon De Carcer in Quiapo, the house was considered the most elegant during the Spanish regime. The mansion was then used as the first campus of the University of the Philippines School of Fine Arts then the first school of Architecture. Young artists namely Juan Luna and Felix Hidalgo used to train by the entrezuelo – mezzanine. As operations of the school moved on, sadly — the structure became a bowling alley, a dormitory, even a venue for live sex shows etc. Poor maintenance led to its dilapidated state until it was salvaged back to its glory!

Casa Meycauayan is one of some heritage houses that can be rented by guests. 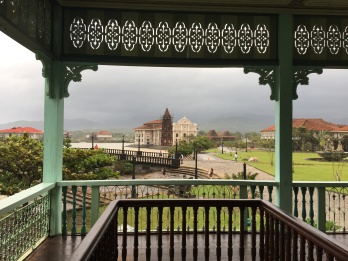 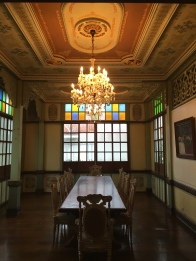 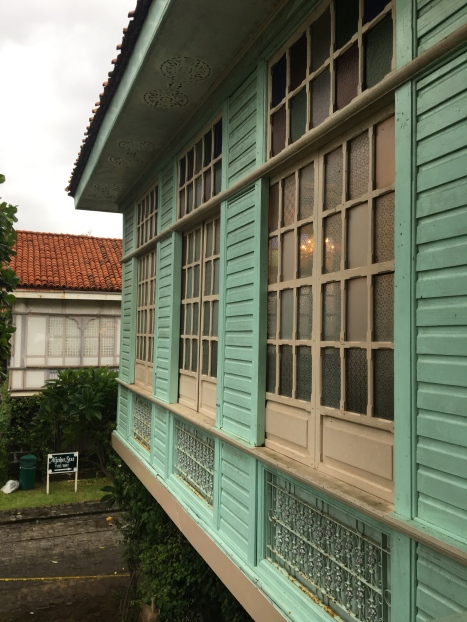 This remains our favorite. Casa Lubao was built by the plantation of Arrastia and Salgado families in Lubao, Pampanga. During the Japanese occupation, it was used as a garrison. They had planned to burn it Down, but a Japanese colonel protected it from destruction. Apparently, he served as the family’s driver for ten years – double agent as a spy as well – but became beholden to the Arrastias.
Through generations, it was passed down the Arrastia-Vitug clan, who eventually agreed to relocate the place.  The Matriarch was a fan of green. To her it represented wealth and good luck.

The Hotel de Oriente was considered plush for its day and thought to be the Philippines’ best lodging in 1899 by American first-timers to the Philippines. Its strategic location near the church of Binondo and the pretty view of the Plaza Calderon de la Barca’s manicured lawns and fountains, the Estero de Reina and the San Fernando Bridge contributed to its fame as the best hotel in Manila. Our national hero, Dr. Jose Rizal was a frequent guest, as were the American, Spanish and local social luminaries of those times.

Wood Mosaics and Ceiling Murals based on famous paintings, such as the Spolarium of Juan Luna and works by Carlos “Botong” Francisco were made by unemployed women from Bagac and nearby towns. The precisely detailed wood carvings in the walls, pillars, ceilings and even the exteriors were chiseled by artists from Paete, Laguna and Betis, Pampanga. 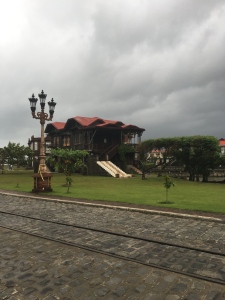 Casa Hagonoy.  Our guide said a vain wife who prided herself in jewelry and a beautiful house owned it. Her proud excesses drove her descendants to become priests and nuns.

Estero De Binondo is reminiscent of the lively ambiance in Old Manila. 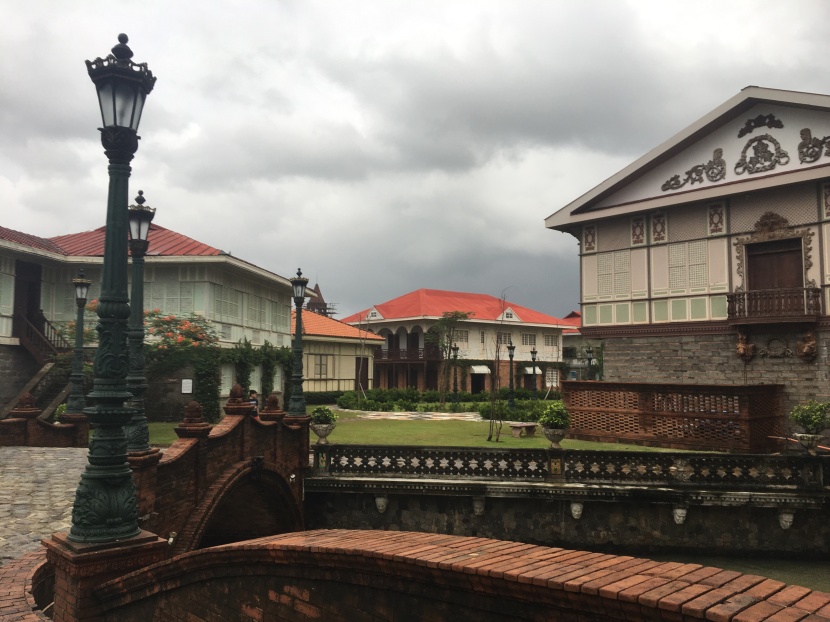 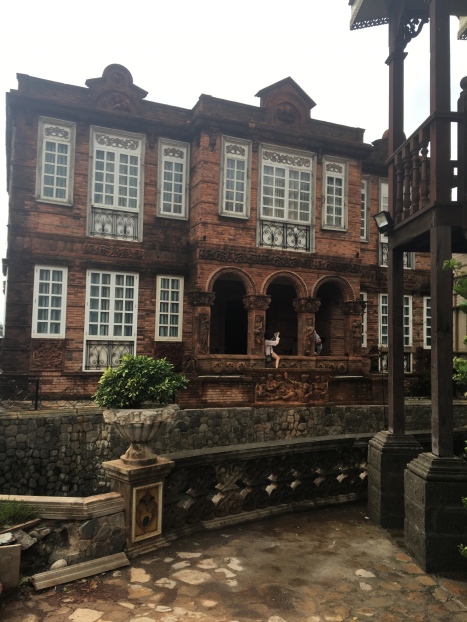 Casa Landrillo with its predominantly brick exteriors, reminded me of a row of Old Colonial Brick Houses in Beacon Hill NE.

Paseo de Escolta brings us back to the 1900s, when Escolta was the center of commerce.  Hotel rooms are on the upper floors while a variety of shops are on the ground floor. 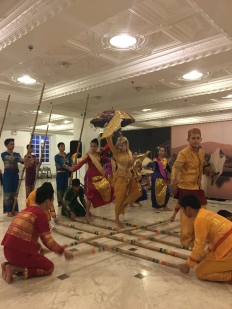 At the end of our Heritage Tour, we were treated to a Cultural Show featuring different folk dances.  My personal favourite was the beautiful Singkil Dance! A folk dance of the Maranao people of Lake Lanao based on the Indian epic of Ramayana.  But of course, the fun was participating in the Tinikling exhibition with my sister out-doing the rest on speed Tinikling.   The dancers were spirited and expressive – even more impressive, when we found out that most were permanent restaurant staff.  What dedication!